How does learning a 2nd language affect child development?

The world has never in history been more interconnected than it is today, and learning a second language can provide a multitude of social and developmental benefits, especially if done so at an early age.

During childhood, the ability to learn languages is limitless because the brain is extraordinarily malleable and possesses an excellent capacity for neuroplasticity; which allows, among many things, the simultaneous learning of many languages. The cognitive benefits of learning a second language in childhood are numerous and include improvements to the information-retention processes, especially those related to paying sustained and divided attention. Moreover, a second language early in a child’s development positively impacts basic cognitive processes such as memory and recall; which are necessary for establishing even the most basic of social interactions.

However, unless your family already possesses a multilingual foundation, and your kid has the opportunity to immerse themselves in a second language regularly, it becomes quite challenging to impart this knowledge from home. Second languages are better learned in controlled environments with appropriate guidance and trained teachers, such as schools and childcare centres.

When is the best time for a child to begin learning a 2nd language?

According to most experts in the field, the best time to start your child’s second language education is birth. Children between the ages of 2 and 7 years old possess physical brain structures that are particularly primed for processing multiple languages.

Think of children as being like sponges because they are naturally able to absorb information and are able to quickly and almost effortlessly imitate sounds and practice word pronunciation.

Additionally, young children lack the two things that impede most grown adults from learning a second language with ease; that is prejudice and shame. Thus, it becomes essential to take advantage of childcare centres that are adequately prepared to offer second language education.

What benefits can be gained from a childcare service providing language education?

There are a couple of benefits to be gained from professional second-language education that needs to be mentioned.

Next, we find that children who become proficient in more than one language often develop literacy skills that surpass the average for their age. Multilingual children regularly enjoy accelerated progress in learning to read, and some evidence has also been presented that suggests that children who learn a second language at an early age develop enhanced problem-solving abilities; specifically concerning attention control and concept formation. What is truly striking is that these benefits persist across the years and are also able to confer a certain degree cognitive insurance against the eventual development of early onset dementia.

The result of childcare centres providing second language education is that children develop an enhanced awareness and a better integration of cognitive tools in the real world. 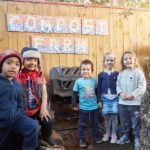 Childcare – The Importance of Outdoor Spaces 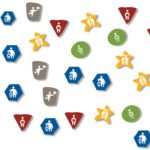 Finding positives amid the COVID-19 Crisis

Verify you are a human

Find my RSVP for Event Name

You have reserved space(s) for Event Name

We have email-ed you a confirmation to

Change my RSVP
{"codes":{"err":"Required fields missing","err2":"Invalid email address","err3":"Please select RSVP option","err4":"Could not update RSVP, please contact us.","err5":"Could not find RSVP, please try again.","err6":"Invalid Validation code.","err7":"Could not create a RSVP please try later.","err8":"You can only RSVP once for this event.","err9":"Your party size exceed available space.","err10":"Your party size exceed allowed space per RSVP.","succ":"Thank you for submitting your rsvp","succ_n":"Sorry to hear you are not going to make it to our event.","succ_m":"Thank you for updating your rsvp","succ_c":"Great! we found your RSVP!"}}
X